Festival of resistance to Romanian gold mine 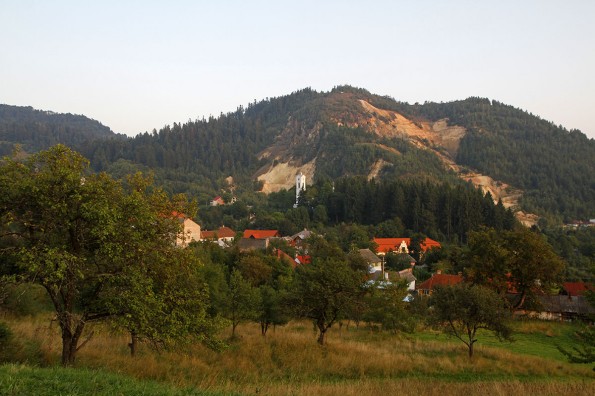 I’ve just come back from a week at Rosia Montana in the beautiful Apuseni mountains of west central Romania. I was representing London Mining Network at the annual Fanfest festival, a wonderful example of popular resistance to corporate mining.
Rosia Montana has a long tradition of gold mining going back thousands of years. There are hundreds of kilometres of tunnels inside the surrounding hills, many of them dating back to the Roman occupation in the second and third centuries. The town owed its prosperity to deep mining. The last phase began in 1971, when the state-owned mining company shifted to open pit mining. Some of the scars left by that deeply destructive form of mining can be seen in the photo above.
Mining became unprofitable and stopped in the 1990s. Then Canadian company Gabriel Resources (which has a corporate office in London) moved in with a plan to surround the protected historic core of the town with four massive mining pits, and fill a neighbouring valley with cyanide-laced wastes. There’s a delightful seven-minute film about all this called The Sad or Happy Story of Rosia Montana – made before a recent parliamentary victory for anti-mining campaigners. (You can read all our postings about Rosia Montana here.)
Gabriel Resources is still trying to get its project approved, and there are local people, desperate for work, who think it is their only hope. There are also local people who see the project for what it is. The project is being promoted as the continuation of the area’s ancient tradition. In fact it would see the final end of that tradition, as the remaining gold would be mined out within perhaps 17 years, and all that would be left would be the four massive open pits and the ‘tailings storage facility’ (a lake of toxic waste). We visited the tailings storage facility of a nearby copper mine. That has filled several valleys and buried five villages in toxic waste. You can see all that remains of one of them below – the spire of the church on the hill above the village, protruding from the toxic waste, which covers what used to be houses, fields, orchards and farms. The waste facility at Rosia Montana would be much bigger… 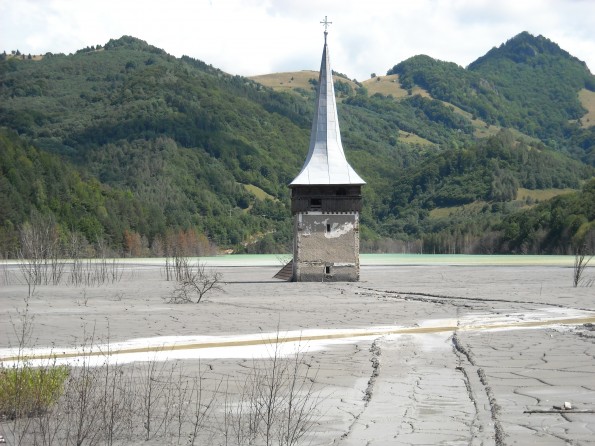 Mining opponents propose that the whole area be designated a UNESCO world heritage site and that tourism and farming would provide a better living for local people than open pit mining – a living that would go on into the indefinite future rather than for only a few years and would protect the mining heritage, the architectural heritage and the environmental heritage of the area. They have started an ‘Adopt a House‘ campaign to raise money to restore buildings in Rosia Montana as an act of resistance to the mining company. 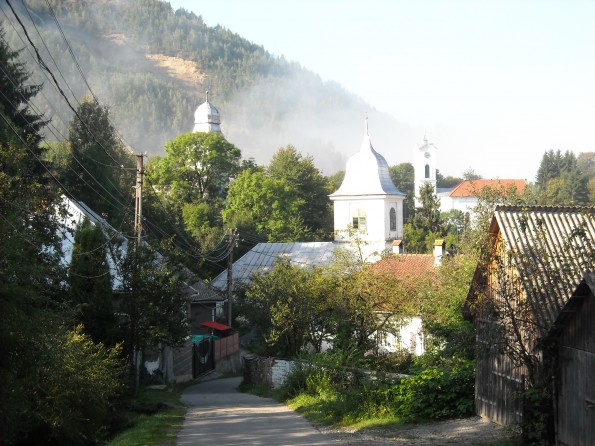 The historic centre of Rosia Montana

Mining opponents have also used legal cases, nationwide street protests, lobbying at national parliament and European Union level, film, music and social media to protect Rosia Montana.
The annual Fanfest brings together thousands of people to celebrate music, photography, film, traditional crafts, art and architecture, and to learn more about mining issues and community struggles. Representatives of mining-affected communities came from Spain and Turkey. I spoke about struggles in Bangladesh, Colombia, India and Peru, the work of LMN, and London’s crucial role in financing destructive mining around the world. There were workshops about how to use crowd funding, e-petitions, email campaigns and other techniques to build support.
Most of all, Fanfest was tremendously positive, enormously hopeful: it IS possible, through building widespread support, to hold destructive projects at bay – and Romanian activists have done so! I salute all in the Save Rosia Montana campaign and Miningwatch Romania for their wonderful work – and all those who worked so hard to organise this year’s Fanfest. 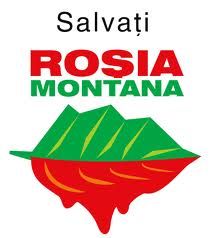