MPs back campaigners’ call for action on ‘unethical’ mining industry 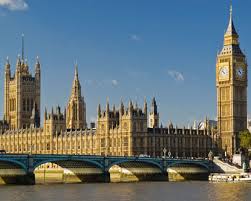 28 October 2014
Campaigners have welcomed the outcome of an inquiry into the extractives sector conducted by the Parliamentary Committee on Business, Innovation and Skills, calling on the government to take action on the sector that campaigners have accused of being ‘unethical and often hugely destructive’.
For some years campaign groups including the London Mining Network and the World Development Movement have been pressuring the UK government to introduce social and environmental criteria for companies wanting to list on the London Stock Exchange (LSX).
Currently, the finance sector regulator, the Financial Conduct Authority (FCA) only has oversight over technical issues such as accounting standards and corporate governance. Companies with appalling environmental and human rights records outside of the UK are able to be listed on the LSX as long as they meet the technical criteria.
Today, the House of Commons Business, Innovation and Skills Committee will release its verdict on the future of the mining and extractive industry. Echoing campaigners’ calls to toughen regulation, it recommends that the FCA’s remit be expanded to screen companies wanting to list on the London Stock Exchange on their social and environmental standards.
Commenting on the recommendations of the report, Alex Scrivener, policy officer for the World Development Movement who had previously given oral testimony to the committee said:
“London-listed mining companies are responsible for all manner of human suffering and environmental devastation across the world. It’s an enormous oversight that there’s no screening process to prevent companies from benefitting from being listed on the London Stock Exchange while abusing human rights or destroying the environment. The inquiry’s verdict is a real step in the right direction, but what we need now is for the government to act quickly to implement the committee’s recommendations.”
Richard Solly, coordinator of the London Mining Network, said:
“We presented evidence of serious company misconduct to the inquiry, in order to back up calls we have been making for a number of years for stricter regulation to hold mining companies accountable. We look forward to reviewing how this will be implemented, but note that strict listing rules themselves are not sufficient to ensure good corporate behaviour once a company has listed; there needs to be regulation holding companies to account for their human rights, social and environmental impacts after they have listed.”
In 2013 trading of shares in the Indonesian mining company Bumi had to be suspended after allegations of accounting and corporate governance irregularities emerged, but the company had already raised £707 million from its float on the London Stock Exchange despite having a highly questionable human rights record. Bumi has been accused of evicting indigenous people from their land and polluting rivers in Borneo. Campaigners are suggesting that if the inquiry’s recommendations were to be implemented by the government, it would make it more difficult for companies like Bumi to be listed.
Pius Ginting of the Indonesian organisation WALHI (Friends of the Earth Indonesia) said:
“In Indonesia, since 2011, there have been more than 100 conflicts each year due to mining operations taking place at the expense of communities and often without their consent. Indonesian communities affected by UK listed mining companies would welcome any measures to improve scrutiny over the environmental, social and human rights impacts that they are facing in their daily lives.”
Campaigners did not welcome the entire verdict though, disagreeing with the inquiry’s support for London continuing to be a centre for mining and extractives companies.
Alex Scrivener argued that the inquiry’s view that the benefits of hosting mining companies on the LSX outweigh the risks is wrong:
“The extractives sector as a whole is unethical and often hugely destructive.  If we are to stop climate change, there is no future for coal, oil and gas. But we also need to ensure that mining for other minerals doesn’t come at the expense of the poor. Instead of being a base for dirty energy firms and dodgy mining companies, London should be a centre for renewable energy and solutions that do not violate the rights of people in poor countries. We could start by standing up to big firms here in the UK who are lobbying for continued investment in fossil fuels.”
NOTES
UK-Listed Mining Companies and the Case for Stricter Oversight – Case Studies and Recommendations – London Mining Network – February 2012
Mining sector needs greater transparency and accountability – Business, Innovation and Skills (BIS) Select Committee – 28 October 2014
An Indonesian coal company on the London Stock Exchange – Down To Earth briefing – May 2012
Banking while Borneo burns – How the UK financial sector is bankrolling Indonesia’s fossil fuel boom – WDM – September 2013