LMN, BHP and UCL: the correspondence 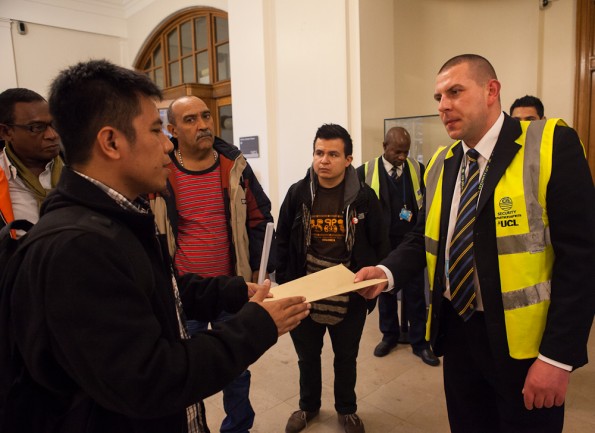 Dirty Coal Tour speakers being prevented from reaching the UCL Provost’s office to hand in letters of concern about the relationship between the college and mining company BHP Billiton. Photo: Jo Syz.

By Richard Solly, Co-ordinator, London Mining Network
During the recent Dirty Coal Tour, LMN hoped to arrange for our visitors from Colombia and Indonesia, who were here to raise their concerns about BHP Billiton, to meet representatives of University College London, which receives a great deal of money from the company for research. Not only were we not able to meet with UCL officials: they would not allow our visitors to hand in letters to the Provost’s office, and even the students’ union banned our public meeting on the premises.
You can read about our disappointing day at https://londonminingnetwork.org/2014/10/lmn-bhp-and-ucl-2/.
Well, some time has gone by and we’ve continued to be disappointed that UCL has not taken our visitors’ concerns as seriously as we think they ought to have done. In another blog, we’ll say something more about the problems with student union officials, but for now, here is the correspondence (such as it is) between London Mining Network and UCL – with a little commentary!
First, an email sent by LMN on 10 October to the Provost and the President of the UCL Council:
Dear Professor Arthur and Dame Deanne,
On Thursday 23 October, London Mining Network will be hosting visits by representatives of communities affected by BHP Billiton’s coal operations or proposed operations in Colombia and Indonesia. They will be attending the BHP Billiton plc AGM that morning to express their concerns to the Board and shareholders.
Given UCL’s close relationship with BHP Billiton, would it be possible for our visitors to meet with you or with other representatives of the UCL Provost’s office and the UCL Council that afternoon, to explain their concerns also to you?
I look forward to hearing from you.
Yours sincerely,
Richard Solly,
Co-ordinator,
London Mining Network 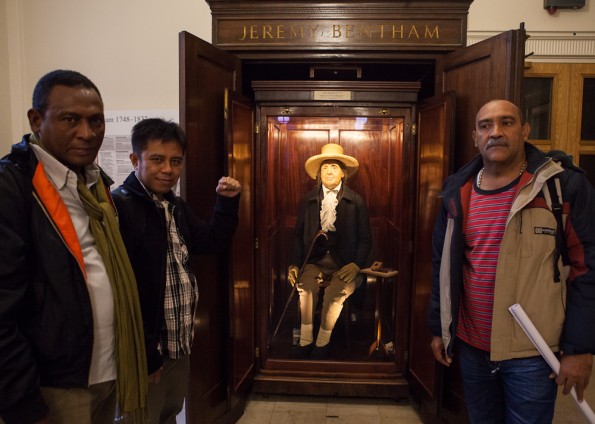