Support the 'red mantas' march to save La Guajira's children 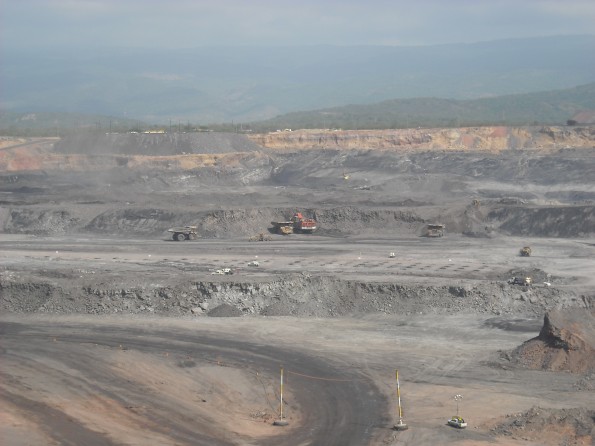 Guest blog by Emma Banks, Vanderbilt University
The children of La Guajira, Colombia are dying of malnutrition. On August 9, civil society groups will come together in the “Marcha de Mantas Rojas” – a follow-up to the Mantas Negras protest and the May 1 March to demand that the Cerrejón mining corporation and the Colombian government stop exploiting their territory and water.
Over the last 8 years in La Guajira, Colombia, almost 5000 children have died from malnutrition.  According to Colombia’s National Statistics Administration, almost 28% of children under 4 suffer from chronic malnutrition in La Guajira.  Media portrayals of La Guajira focus on the poverty and misery of Wayuu children, blaming state corruption and abandonment.
Yet La Guajira did not always have a chronic malnutrition problem.  Until the arrival of mining in the 1970s, La Guajira produced more food than it consumed.  Peasant, indigenous, and Afro-Descendant communities hunted, fished, planted crops, and participated in commercial agriculture.  Since 1984, the Cerrejón open pit coalmine has deforested 12, 000 hectares of land, displaced thousands of Afro-Colombian and indigenous people from their territories, and taken over traditional hunting and gathering lands.  Now the mine plans to divert the Arroyo Bruno, a tributary stream that provides life-sustaining water to thousands of people, animals, and small farms.
On August 9, unionists, indigenous peoples, Afro-Colombians, peasants, and civil society groups will come to together to deliver the message: “ENOUGH IS ENOUGH.”  They will march wearing red – the women in traditional “manta” dresses – to symbolize the connection between the death of Mother Earth and the death of Wayuu children from malnutrition.   They will deliver a petition to the Colombian state and the Cerrejón mine demanding the end of childhood deaths caused by irresponsible use of their territory and water by mining.  They are demanding an immediate halt to the Arroyo Bruno project, the creation of a development fund for La Guajira from mining profits, and a rural resettlement for displaced Afro-Colombian communities where they can become productive farmers once again.
Please consider donating to this important cause and sharing the information in your networks.