Demands of BHP Billiton from Brazil, Colombia and Indonesia 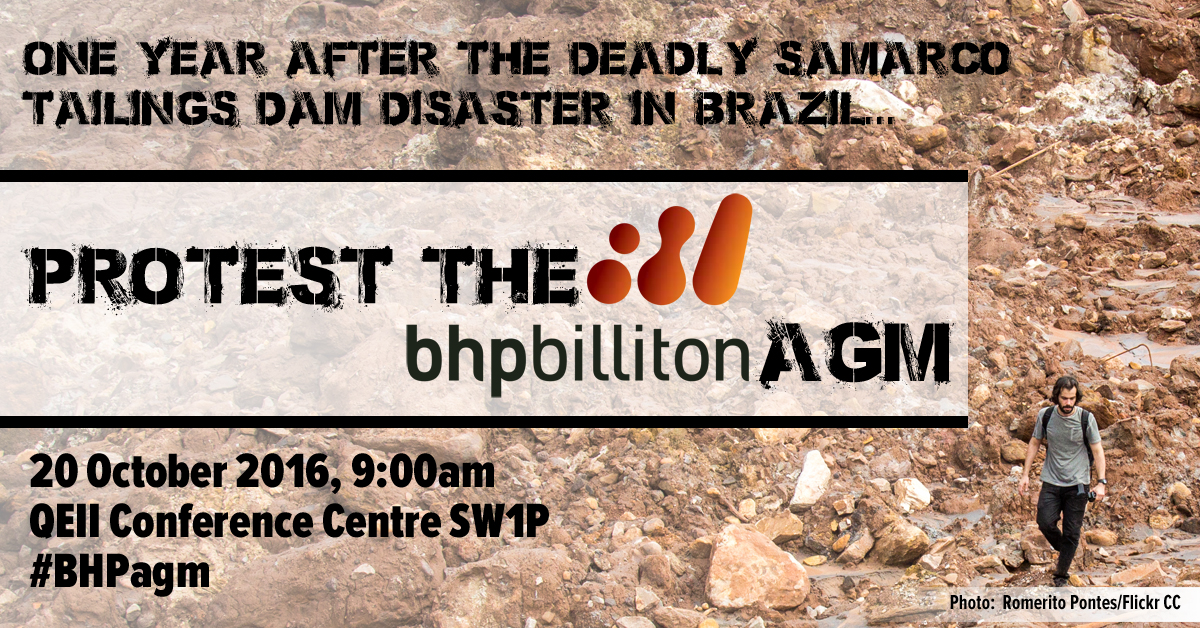 Visitors from three of the thirteen countries BHP Billiton operates in have come to London in search of accountability for the the company’s operations in their respective homes. These range from the fall-outs of the much-publicised Samarco dam disaster in Brazil, to the forced displacement of communities surrounding the Cerrejón coal mine in Colombia and the contamination of vital rivers in the Borneo rainforests of Indonesia.

Below are demands from each of the communities who are in London to attend the BHP Billiton AGM. (Join the protest outside of the AGM at 9am on Thursday 20 October)

For thirty years the Cerrejón coal mine has expanded in Colombia’s La Guajira region, displacing 15 communities, diverting local water supplies and causing health problems for local residents. Though Cerrejón is a major supplier of coal to UK power stations, it comes at great cost for Indigenous Wayúu and Afro-Colombian communities, who make the following demands of mine owners BHP Billiton, Anglo American and Glencore:

Though BHP Billiton is in the process of selling its 75% holding in the Indomet coal project, communities are adamant that the company not wash its hands of the damages already done during the lifetime of the project, particularly in light of the most recent tailings spill affecting the Barito River. The community demands the company: