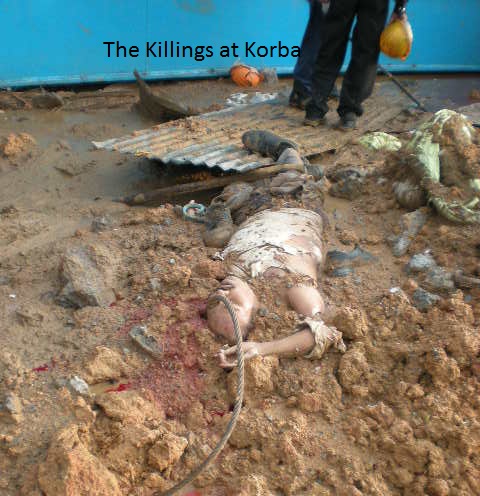 In September 2009 following heavy storms, a power plant chimney suddenly collapsed, killing at least 42 impoverished, sub-contracted workers.
The catastrophe occurred at the Korba aluminium complex in the Indian state of Chhattisgarh, majority owned and managed by BALCO, a 51%-controlled subsidiary of London-listed Vedanta Resources, a leading global mining company whose current market capitalisation is close to £3 billion.
Over the past eight years, numerous attempts have been made to compel Vedanta to accept responsibility for the dire human consequences of the Korba disaster. A judicial commission under Judge Sandeep Bakshi, established by Chhattisgarh state in October 2009, took 32 months to investigate all the circumstances surrounding the chimney’s design, construction, and maintenance.
Bakshi’s detailed findings were presented (in Hindi) to the Chhattisgarh government in 2010. It was unequivocal:
“Compliance with all the statutory requirements for the construction of the chimney was the responsibility of BALCO and the responsibility of determining the safety measures was also that of BALCO, because BALCO was the owner of the Project”.
But no legal action has yet been taken against Vedanta in the UK or against BALCO.
There ‘s compelling evidence that the company took actions to block release of the Bakshi report in India. Meanwhile, an English translation of the same report was published in the UK and presented to Vedanta’s shareholders and the board at the company’s 2014 AGM.
At that point, and during the intervening three years, this British company has managed to evade administering justice to the more than forty Korba victims and their families.
On Friday 1st December 2017, a panel, including an Indian lawyer and other expert investigators, will present evidence of Vedanta’s corporate negligence, evasion of health and safety regulations, and its contravention of basic human rights in the Korba case. This will be supported by testimony from the workers and their families.
You are warmly invited to attend this meeting, arrive at your own conclusion as to whether Vedanta is guilty of charges levelled against it.
And the measures we can now collectively take to compel it to do the right and honest thing.
Event: Vedanta on Trial – public forum
Venue: The Brunei Gallery, School of Oriental and African Studies (SOAS)
10 Thornhaugh Street, Russell Square, London WC1H 0XG
Time: 2pm – 5pm
Date: 1st December 2017
Replies to: partizans@gn.apc.org
Organised with the support of London Mining Network, 225-229 Seven Sisters Road, London N4 2DA.