Why is Vedanta delisting from the London Stock Exchange?

By Richard Harkinson, research associate for London Mining Network
What is Vedanta?
Vedanta Resources plc is a London stock exchange listed [second investment tier FTSE 250] metals mining and processing company which operates mines, metal refineries and smelters through eight subsidiaries, mainly in India and Zambia, increasingly in South Africa, but also in other countries.
It is infamous for its untruthful and extravagant claims made on its original listing in 2003 over its alleged access to and control over bauxite in Niyamgiri hills, over its complete denial of the rights of the Dongria Khond communities, whom it continues to harass, and its premature and illegal building of an alumina refinery at Lanjigarh in Odisha India.[1]
It is delisting essentially because its major shareholder and chair/actual CEO Anil Agarwal wants to avoid any more public interest litigation in the UK by those suffering from the impacts of Vedanta’s projects, such as that by farming communities in Zambia where Vedanta operates copper mines and a smelter. Since 2015, Vedanta has continually tried to prevent 1826 Zambian farmers and communities from seeking justice in UK courts. [2]
The other main reasons relate to Agarwal’s wealth and dominant control position in relation to the interests of other ‘public’ shareholdings. Agarwal can decide to delist, because his domination of Vedanta crowds out effective minority shareholders’ engagement, and because it appears that he can arrange loan finance, having accumulated sufficie 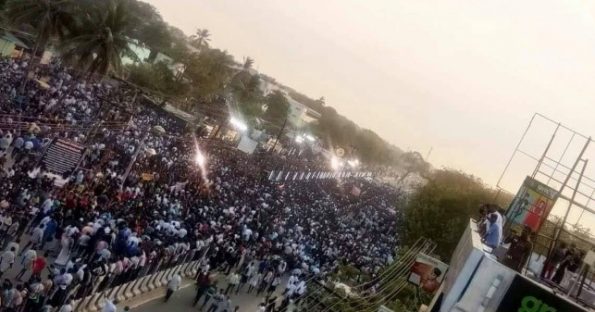 nt offshore wealth to do this as profits from all his ‘low costs’ businesses.
It would appear however that Vedanta’s continuing unwillingness to disclose the risks in their businesses is not challenged because of the very limited disclosure demands made by the various elements of the UK regulatory system [the private Stock Exchange . and the statutory Financial Conduct Authority].
Nevetheless, Agarwal wants to avoid another reputational and financial fiasco over Vedanta’s complicity in the police’s shooting of peaceful demonstrators outside of Vedanta’s Tamil Nadu copper smelter at Thoothukudi [Tuticorin] in May this year. [3]
Additionally Vedanta argue that their LSE share-price has been in freefall since 2016, although they couch this in terms of falling commodities prices, and a stock exchange institutional undervaluation of their resources. 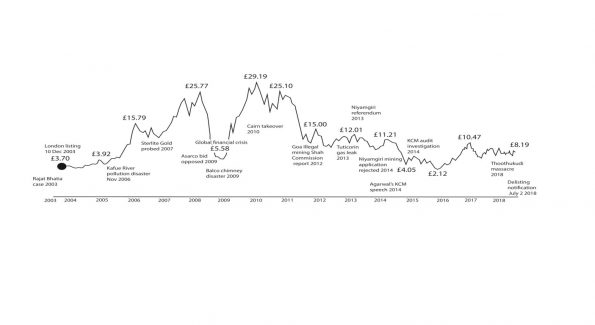