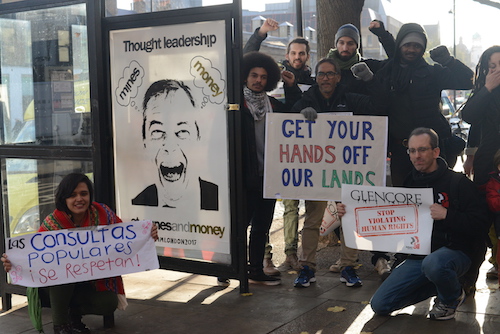 Outside London’s Mines and Money conference; Nigel Farage was delievering the keynote

The LSE, AIM and other acronyms

What is the London Stock Exchange?

The primary stock exchange in the UK and the largest in Europe. It’s pretty old: its origins go back to 1773. It’s situated in London, one of the world’s largest financial hubs. Lots of virtual money gets exchanged every day. The Financial Times Stock Exchange (FTSE) 100 Share Index, or ‘Footsie’, is the most important index, containing 100 of the top companies on the stock exchange.

The companies we target are either listed on the London Stock Exchange or the Alternative Investment Market. This brings the impacts on mining affected communities closer to home, and also means we can effect change by putting pressure on corporations, especially British companies whose headquarters are in the city or who hold their shareholder meetings in London. LSE listed companies are subject to some regulation.

And the Alternative Investment Market (AIM)…? 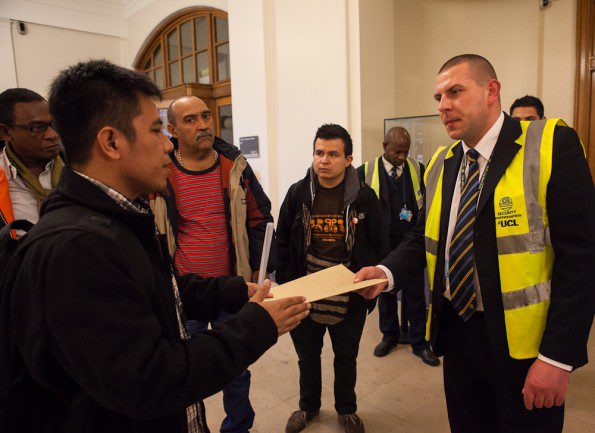 A sub-market of the London Stock Exchange that was launched in 1995. It allows smaller, less-viable companies to float shares. From a start of just 10 companies with a combined value of £82 million, it is now a global market made up of over 3,600 poorly regulated corporations – with an average value of £80million each.

In the words of London Stock Exchange, AIM is ‘where ideas take off.’ On their website they describe it as the ‘most successful growth market in the world. Powering the companies of tomorrow, AIM continues to help smaller and growing companies raise the capital they need for expansion.’