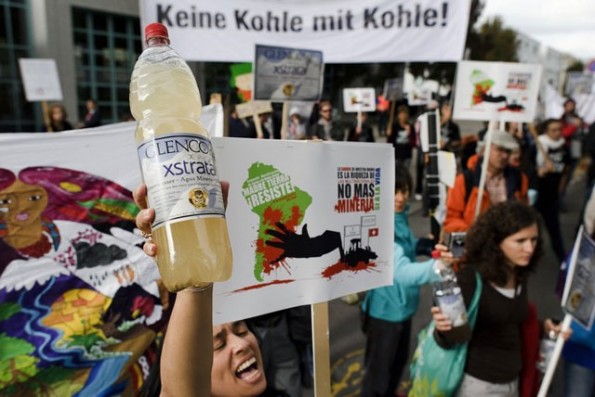 Glencore plc is an Anglo–Swiss multinational commodity trading and mining company headquartered in Baar, Switzerland and with its registered office in Saint Helier, Jersey. The company was created through a merger of Glencore with Xstrata in May 2013. As of 2013, it ranked twelfth in the Fortune Global 500 list of the world’s largest companies.

As Glencore, the company was already one of the world’s leading integrated producers and marketers of commodities. It was the largest company in Switzerland and the world’s largest commodities trading company. Glencore had a number of production facilities all around the world and supplied metals, minerals, crude oil, oil products, coal, natural gas and agricultural products to international customers in the automotive, power generation, steel production and food processing industries. (Source: Wikipedia)

Controversies associated with Glencore include:

Read an LMN briefing on Glencore.