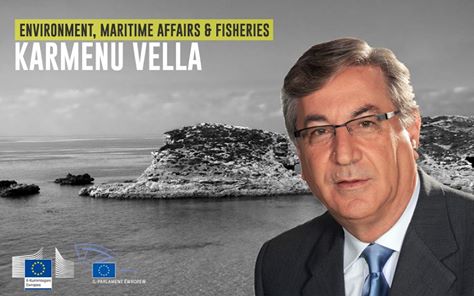 Yesterday, MEPs cross-questioned new EU Environment Commissioner Karmenu Vella.
Rozana Pencea of Miningwatch Romania has sent this report. Miningwatch Romania is part of the Bang! Ban Cyanide Coalition.
During the hearings, the Hungarian MEP Gyorgy Holvenyi asked Mr. Vella, the commissioner-candidate, to ban cyanide and to implement the 2010 European Parliament resolution. This was a great moment, especially as the Bang! Ban Cyanide campaign team worked a lot to introduce this topic in the hearings.
Less expected, but not surprisingly, Mr. Vella had a very neutral and evasive response. His statement is very safe especially as it reiterates an old myth promoted by the mining industry and obsessively repeated by lobbyists.
Here is what he replied:
“There is a mining waste directive in place, since 2008. Under it, cyanide was allowed in gold mining provided it was used under very strict conditions. A resolution in 2010 recommended to ban it. There is no other substance to substitute for gold extraction. From an economic view, banning cyanide means banning gold mining in the EU. Two concerns appear: environmental and economic. The EC monitors and is waiting for technical studies (…). We are waiting to see positive technical technologies to substitute cyanide and until than we are on alert and monitor any negative aspects…”
So the the Bang! Ban Cyanide campaign will speed up efforts aimed at informing both Mr. Vella as well as the general public on cyanide related issues. One step further is to remind everybody that the European Parliament resolution has a solid background, that the current mining directive was changed after the Baia Mare cyanide disaster and that more and more mines using cyanide are prepared without any studies regarding their cumulative impact on the environment. Furthermore, cyanide use in gold extraction is a very old industrial method preferred by mining companies solely on cost effectiveness disregarding its devastating impact on the environment. What comes as a novelty after the European Parliament resolution is the multitude of alternatives to cyanide based gold extraction that regulators must look into so that when banning cyanide they don’t feel too sorry about the slightly dimmed profits of gold miners.
It’s really great that we have an insight now and we know what to prepare for! Keep an eye on www.bancyanide.eu for further information and action! 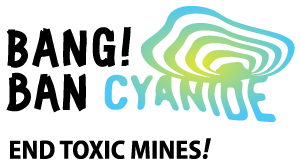