Between 25-30 November, frontline activists will gather in London to oppose the Mines and Money conference, attended by over 2,000 investors and speakers such as Brexiter Nigel Farage and Paradise Papers implicated Arron Banks.
From Uganda, Colombia and Philippines, these three activists will share successes, struggles and alternatives to mining that they are leading in their communities. Find out more about the week of events and join us!

“Mining [oil extraction] in my community has led to involuntary displacement of people and land chunks of habitat destroyed with little or no mitigation or remedial action triggering negative environmental impacts on mother earth and people’s livelihoods”. 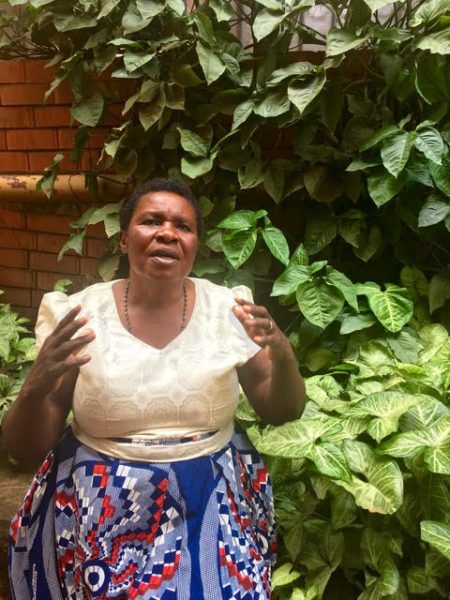 ‘Our movement defends water, territory and life in the small municipality of Cajamarca, which is recognized as a “breadbasket” of Colombia for its diverse and significant food production’.
Camila Méndez is a land and human rights defender, as well as an undergraduate student of social sciences. She is a member of the Socio-Environmental Youth Collective of Cajamarca and Network and The Environmental Committees of Tolima. 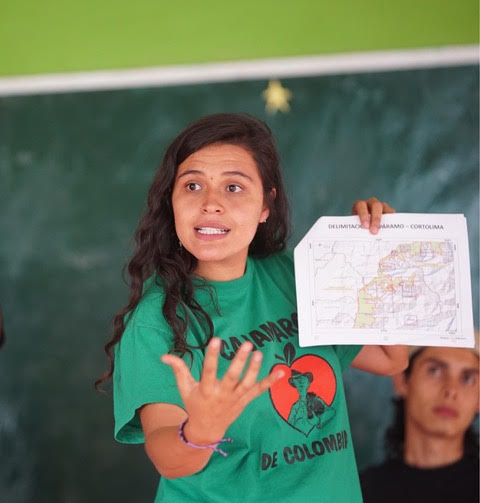 Cajamarca collective
Cajamarca is surrounded by strategic ecosystems of páramos and fog forests harbouring a great diversity of endemic fauna, flora, streams and rivers. La Colosa gold mine is located in Cajamarca, a territory in the western Tolima region of Colombia. Owned by South African AngloGold Ashanti, it is now one of the largest gold mines in the world. Since explorations started in 2007, the government has allocated 87 percent of Cajamarca’s territory for mining activity.
Farmers, peasants and the community have rejected La Colosa because it threatens the health of inhabitants, the destruction of forests and the erosion of traditional agriculture. The mining activity is highly polluting and generates social, economic and environmental conflicts.
Activists in Cajamarca hold training activities for communities about the impacts of open-pit mining, along with meetings, diploma courses and peaceful mobilizations through art, carnival demonstrations and marches. They also participate in town council meetings and open debates of the congress.
On March 26, 2017 a public democratic referendum was held through which the inhabitants of Cajamarca rejected mining activities with 98 percent voting NO, the results of this consultation are binding according to Colombian law. Now Cajamarca hopes to strengthen its agricultural economy, an activity that has always been carried out in the municipality and which goes against mining interests and for the interests of the people and the planet.

“It is important to expose the environmental crimes and human rights violations perpetuated by big mining corporations in our country. We know these companies are attending the corporate-sponsored Mines and Money Conference in London’.
Clemente Bautista Jr is the national coordinator of Kalikasan People’s Network for the Environment (Kalikasan PNE). He is also the Southeast Asia regional coordinator of the International People’s Conference (on Mining (IPCM) and the Yes to Life No to Mining Network (YLNM). Part of his advocacy is to raise awareness about people and environmental issues in the Philippines. At a national level, Clemente is part of a campaign to expose and oppose the environmental degradation, human rights violations and resource plunder being caused by operations of the big mining companies all over the country. 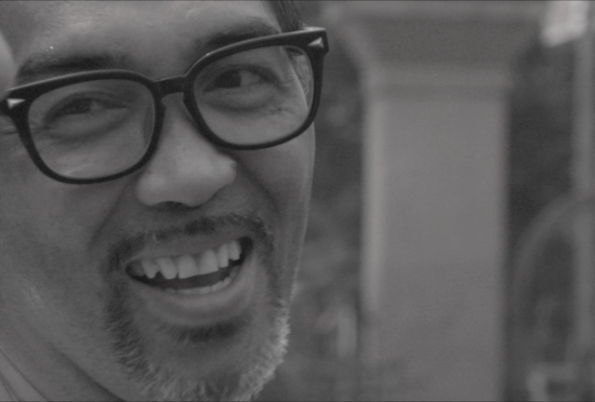 Kalikasan PNE
Kalikasan PNE is the biggest environmental network in Philippines. Through sustained campaigning, the network has successfully stopped these projects and forced corporations such as Glencore and BHP to pull out of the country.
Kalikasan is working with communities in Philippines affected by UK-linked mining projects. Nueva Vizcaya region is in Luzon, Northern Philippines, where British company Metals Exploration Ltd are exploring the Runruno mine, via local subsidiary FCF Minerals Corp. Metals Exploration Ltd owns 85 per cent of the mine. There has been ongoing opposition from the community and recent human rights violations in the area.
Batangas Gold Project, in Luzon is co-owned by London-listed mining company Bluebird Merchant Ventures Ltd and Australian Red Mountain. Anti-coal mining activists have been met with violence and human rights abuses.
Philippines is the deadliest country in Asia for environment defenders, according to the Global Witness 2016 Report.