FOR IMMEDIATE RELEASE – 11/04/18
Indonesian mining campaigner visiting London for Rio Tinto AGM calls for company to exit Papua and accountability
An Indonesian activist is visiting London from 11-18th April to highlight the human and environmental cost of mining company Rio Tinto’s involvement (1) in the Grasberg mine in West Papua.
Rio Tinto is a British-Australian corporation that is listed on the London Stock Exchange, with its headquarters in the capital. As well as West Papua, it is involved in mining projects in Mongolia, Madagascar, Namibia, Australia, Serbia, USA and elsewhere. It co-owns the controversial Grasberg mine in West Papua (2) along with US company Freeport McMoran. Grasberg is the largest gold mine in the world and the second largest copper mine. It is also one of the world’s largest producers of industrial waste, with over 200,000 tonnes of mine waste (tailings) dumped in nearby rivers every day; destroying forests and the river system.
Grasberg has seen strikes, fatal incidents and demands for its closure due to environmental and human rights concerns. Strikes and protests have repeatedly been met with violence by Indonesian security forces who guard the site.
Pius Ginting is an environmental activist and coordinator of non-profit organisation Action for Ecology and People’s Emancipation (AEER). 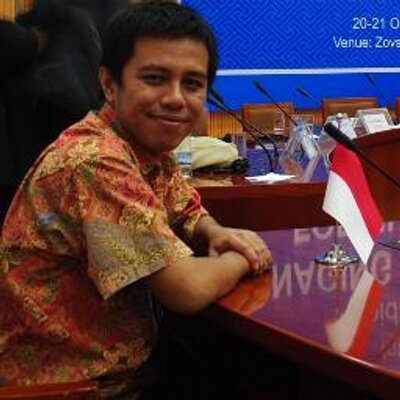 He said: “I am coming to London to tell Rio Tinto directors about the environmental and social destruction caused by the Grasberg gold and copper mine in West Papua and to ask them to stop participating in this destruction and to be accountable for the damage that has been done by this mine.
Since 1997, over 200,000 tonnes of tailings (mining waste) are dumped into the river ecosystem every day. This mining practice destroys the coastal and river areas in the Mimika regency. These tailings have also caused the drying and death of trees, destroying the forest. For example, fishery communities on Karaka Island live with severe environmental degradation because these tailings have spread to the coastal areas. Rio Tinto must show their concern for these communities and these lands by pulling out of the mining operation in Grasberg, admitting and taking responsibility for these environmental and economic impacts.”
“Another area impacted by tailing disposals is the village of Pasir Hitam, further along the coast. In 1970, the population of the area reached more than 100 people. Due to sedimentation from tailings and coastal area pollution, the community has been almost completely destroyed and now consists of only five people. The community has asked for their lands to be rehabilitated or to be relocated at very least, but to date little to nothing has happened.
He added: “In February 2018, a Karaka Island resident, Imakulata Emakeparo (55 years old) was shot dead by Indonesian Mobile Brigade police (Brimob) that guard the Grasberg mine’s port area. Until today, Imakulata Emakeparo’s family members are still seeking justice, with apparently no progress in this case.”
Rio Tinto AGM will be held today, 11 April at 11am. If you would like to arrange an interview with Pius after this meeting, or at another time before 18th April, please get in touch.
Hosted by:
London Mining Network
Press contacts
London Mining Network: Lydia@londonminingnetwork.org
Andrew Hickman, researcher: indonesiandrew@yahoo.com; 07504738696
Notes to the editor
1.) In 2017, Rio Tinto announced that it is in negotiations with the Government of Indonesia over the company’s future in the Grasberg mine. Local communities say that it must remain accountable for the atrocities that have taken place during its watch, even after it pulls out of the mining operation. The Indonesian government looks set to buy Rio Tinto’s shares, that, combined with the government’s existing small stake in the mine, will bring its shares up to 51 percent.
2.) West Papua lies on the western half of the island of New Guinea, at the far east of the Indonesian archipelago. One of the most resource-rich regions of Indonesia, West Papua has the highest rates of infant mortality, illiteracy and HIV in the country. Indonesia has controlled West Papua since 1969 and there is an ongoing struggle for independence by some groups, fiercely countered by the Indonesian government and military. Conflict is common. Unrest has recently flared around Grasberg mine and the vicinity.