Update on Antofagasta and the community of Caimanes, Chile 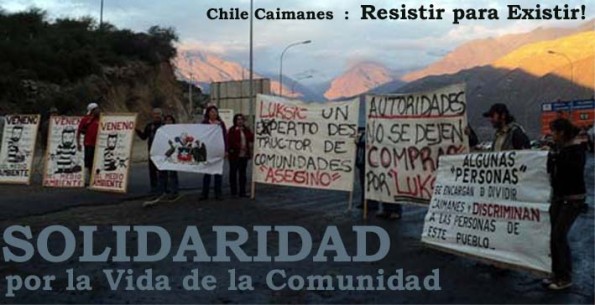 Tension continues in Caimanes, Chile, as local people continue protests to try to ensure that Minera Los Pelambres, owned by London-listed Antofagasta plc, complies with a court ruling last October ordering it to restore the natural flow of water in the Pupio valley.
LMN’s contacts in the area tell us that local people have now abandoned a road blockade in the face of police violence. They complain that they are being criminalized and portrayed as violent despite the fact that their protests have always been nonviolent. They insist that the Chilean Supreme Court’s decision last October be implemented by the company and allege complicity between the mining company, its major shareholders the Luksic family, and the Chilean authorities in failing to implement the Supreme Court’s decision. They declared yesterday that they will continue peacful protests until the decision is implemented.
Other communities in dispute with Minera Los Pelambres have also recently suffered violent repression by the Chilean police.
For background, see https://londonminingnetwork.org/?s=antofagasta.