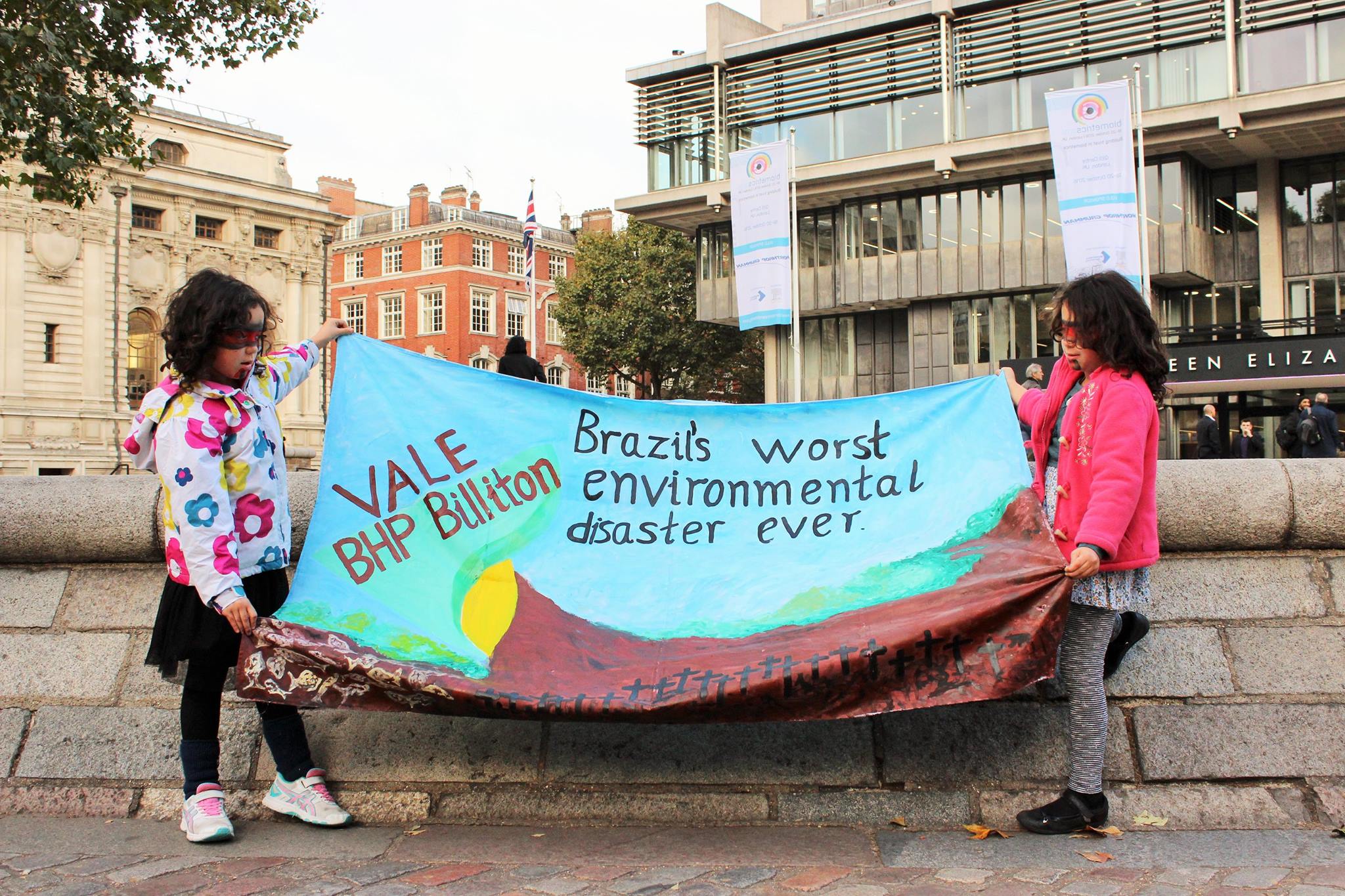 In light of last week’s announcement on the day of the BHP Billiton AGM, that the Brazilian prosecutor’s office had laid charges against 26 executives of Samarco, including staff from BHP Billiton and Vale, London Mining Network offers the following response, in solidarity with those who have been affected by Brazil’s biggest environmental disaster in history:

“The criminal charges brought against Samarco, BHP Billiton and Vale executives by the Brazilian prosecutor’s office are a welcome step towards justice for those that have been killed and had their lives and livelihoods uprooted by the Fundão dam collapse. However, charges are only the first step of a lengthy legal process. The company – regardless of any legal precedings – must make good on the existing demands of affected communities to be directly involved in the decisions about how compensation is allocated and to stop attempts to build a new dam on top of the decimated village of Bento Rodrigues. Justice may come from the courts, but must also come from the companies’ ongoing actions, as the consequences of the disaster continue to be felt by the people of Minas Gerais.”

You can read the ongoing list of demands from the People Affected by Dams (MAB) in Brazil here.