Today is the fourth anniversary of the Fundão tailings (mine waste) dam disaster in Mariana, a town in the Southeastern Brazilian state of Minas Gerais. The Fundão dam and the associated iron ore mine, called Samarco, is operated by a mining company of the same name – owned by British-Australian company BHP and Brazilian mining giant Vale.

The collapse of the dam which held back toxic waste from the mine on 5 November 2015, killed 20 people and devastated everything in its wake with the release of 48.7 million cubic metres of toxic sludge into the 530-mile long Rio Doce, affecting an area of the Atlantic Ocean over 370 miles away from the dam. Brazil’s worst environmental disaster in history also displaced as many as 1.4 million people who lived in villages next to the river. Four years later, the devastating impacts are still being felt, and Samarco hasn’t rebuilt even one house. 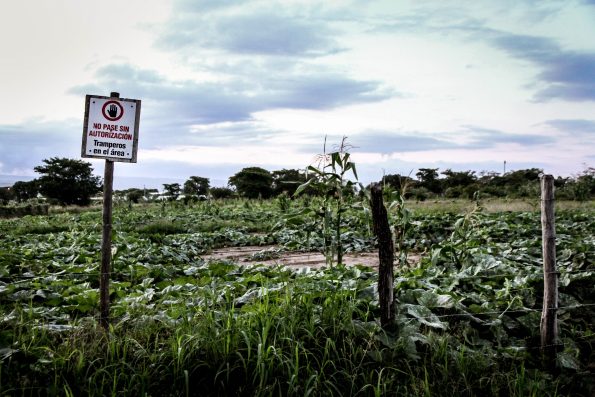 At 1pm today, London Mining Network, War on Want and Global Justice Now will hand in a letter at BHP’s London office, addressed to the company’s chair Ken MacKenzie, on the fourth anniversary of Brazil’s Samarco tailings dam collapse.

The letter asks four questions of the company, which will also be sent to joint owner Vale later this afternoon.

1. Why a technical assessment funded by RENOVA has only been carried out in the affected towns of Mariana and Barra Longa so far, and asks when all communities will receive this assistance. This question was also asked at the AGM last month, but there was no response.

2. If communities will have access to full risk assessment reports and evacuation plans in local languages, and if they will be fully represented as stakeholders, to participate in the negotiations and planning processes that have a direct impact on their health, livelihoods, spiritual well being and the environment.

3. What about the risk of water, sediment and soil contamination along the Rio Doce and the potential impacts to health, and why studies into this only began in 2018, three years after the dam collapse.

4. If BHP, being a leading player in International Council on Mining and Metals (ICMM), will ensure that the upcoming ICMM report on tailings dam management will include recommendations to the industry that will reduce the risk from the existing stock of tailings dams in contexts where independent auditing and strong regulation are lacking.

BHP’s UK annual general meeting was held on 17 October in London. Its meeting in Australia will be held on 7 November.

Read the letter in full.