The Vedanta AGM 2018: a complete farce 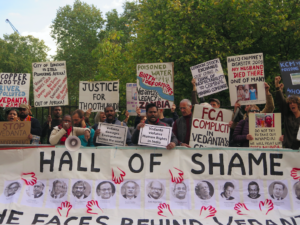 Before, during and for a while after the AGM, a noisy demonstration took place outside.