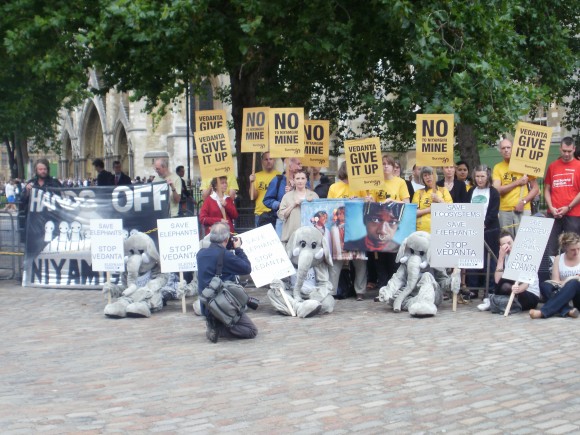 &nbsp;
Vedanta bosses clash with protesters over pollution and human rights
Anger erupted inside and outside Vedanta’s annual meeting on Wednesday as campaigners protested against the mining company’s environmental and human rights record. The London Mining Network says Vedanta’s record has not markedly improved, with 26 fatalities at its mines reported last year and a waste dump in Goa overflowing this month. “As a result, millions of tonnes of mud and silt flooded into the [Goan] village of Mulgao, swamping farmland, choking rivers and threatening people’s livelihoods,” said an LMN spokesman. Vedanta has offered to compensate farmers.
See http://www.guardian.co.uk/business/2011/jul/27/vedanta-protests-annual-meeting-pollution-human-rights?INTCMP=SRCH.
Vedanta faces angry protesters at AGM
India-focused miner Vedanta faced two hours of angry questioning on Wednesday, as its board was forced to defend the company against accusations from investors and pressure groups that it has repeatedly breached health and environmental rules. Pressure groups including Survival International, Amnesty International and others have long opposed a projected bauxite mine in India’s Orissa state, planned for an area considered sacred by indigenous people, as well as proposals to increase capacity at Vedanta’s Lanjigarh alumina refinery to 6 million tonnes per year from 1 million.
See http://af.reuters.com/article/commoditiesNews/idAFL6E7IR2E220110727.
Protesters demand action against Vedanta
Shareholders of Vedanta Resources, a FTSE 100 company that has been embroiled in a row over its activities in India, were on Tuesday booed by protesters gathered outside the venue of its Annual General Meeting in Westminster. They called for its expulsion from India and an investigation into its trade practices and human rights record.
See http://www.thehindu.com/news/national/article2300115.ece
Read notes of the AGM from an eye witness.
&nbsp; 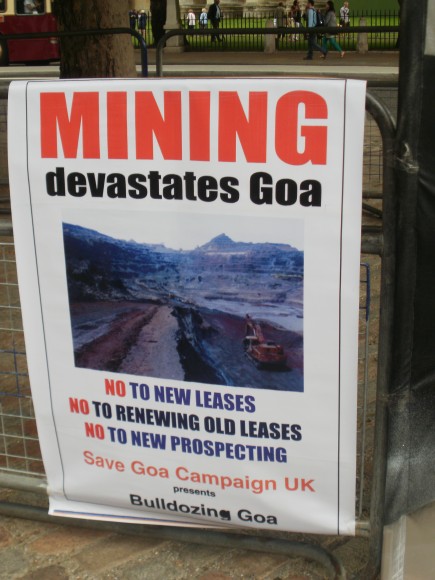 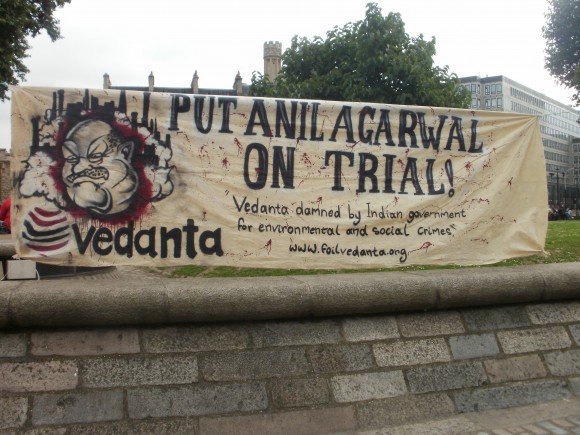