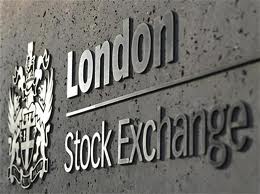 Commentary by mining researcher Roger Moody
The Mining Journal published on June 27th a ranking of the world’s biggest mining companies, by both their  market capitalisation and annual revenues.
It makes for some interesting reading, since there have been some important changes in the status of some companies since the launch of LMN.
MARKET CAPITALISATION
* BHP Billiton, followed by Rio Tinto, remain the world’s biggest mining companies by market capitalisation (holding US$ 258 billion between them).
* Glencore (at US$ 71 billion) ranks at number three – displacing Vale of Brazil since last year.
* Among the top fifty mining companies, Anglo American ranks at number 8 (almost US$33 billion), Antofagasta (US£12.3 billion – number 19), Fresnillo  (US£10 billion – number 29) Polyus Gold (US$9.6 billion –
number 31) Randgold (US£7b illion – number 41) and Vedanta (just under $US 5 billion – number 50).
What all this boils down to is more than half of the combined market capitalisation of the world’s top fifty mining companies is represented by their presence on the London Stock Exchange.
MINING REVENUES
In terms of annual mining revenues the figures are equally, if not more, interesting (and perhaps a little surprising too).
For example, Rio Tinto (at number 3) bringing in less than Brazilian-based Vale, and Anglo American (at number 4) reports slightly more revenue than Glencore.
However, it should be noted that Glencore’s total revenue (which primarily depends on its trading in non-mineral commodities) brings in a massive income of just under US$240 billion each year, most of which goes
to its billionaire traders in Switzerland.
And that’s some US$40 billion more than the total revenues of BHP Billiton, Vale, Rio Tinto and Anglo American combined.