Why we occupied a Barclays bank 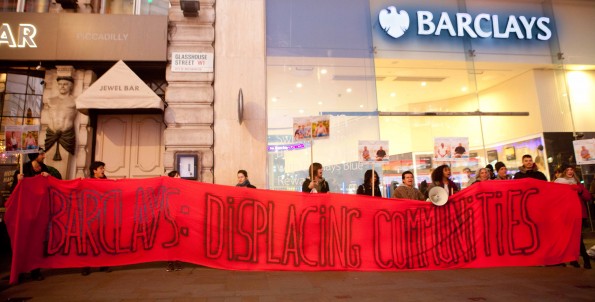 Last Friday, People & Planet, The Wretched of the Earth, Move Your Money, Fossil Free UCL and London Mining Network shut down Barclays flagship bank branch in Piccadilly Circus, in solidarity with those fighting the front line impacts of the bank’s fossil fuel investments. Barclays’ financing of projects that disproportionately affect Global South communities continues a neo-colonial narrative that must be actively challenged by the environmental movement.

The fossil fuel divestment movement has taken many forms during its rise to global prominence in recent years, from successful meetings with major pension funds, to mass lobbying of politicians; student publicity stunts, to legal challenges, and more. The successes of the movement have been phenomenal, but most of these actions focus on ‘the big picture’ – global temperature rises, macro-weather trends, fossil fuel subsidies.

These are all of course critical facets of the fight against climate change. However, they also risk marginalising or tokenising the human impacts facing those on the front lines, or relegating them to a realm of abstraction which allows people furthest from the issues to determine the aims and trajectory of the campaign.

So while big NGOs may have greater access to politicians, and the resources to challenge fossil fuel investments in the courts, others may be left in positions where the only things that stand in the way of a locally and globally-deadly extractive project where they live, are their bodies. And however unlikely, committed bodies have stopped deadly projects in their tracks, many times, the world over.

So when we went to Barclays on Friday, armed only with placards featuring faces and quotes from some of those fighting Colombia’s Cerrejón coal mine, and a 10-metre banner reading: ‘BARCLAYS: DISPLACING COMMUNITIES,’ we prepared to use our bodies in solidarity with those the bank’s investments were forcing from their homes, their land and their livelihoods. We were going to get in the way of Barclays’ business, as long as their business got in the way of the lives of so many others. 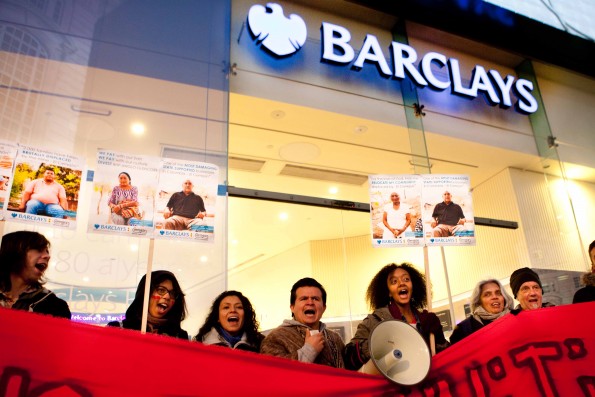 As our friend Samuel, whose village of Tabaco was displaced fifteen years ago by the Cerrejón mine, and which has yet to be resettled after all these years said: “Banks, like Barclays, that finance multinationals like BHP Billiton are responsible for environmental disasters. They finance the destruction of the environment, the dispossession of communities and their cultural extermination… We ask that those who finance BHP Billiton are held accountable because their money comes at the cost of the suffering and tears of ethnic communities in La Guajira.”

Spurred on by People & Planet’s Go Green Week activities, we came together to take aim at Barclays over the following finance and investments:

We felt the need to bring these specific investments to light, because in much of the rhetoric about climate change and divestment, the voices from the front lines are side-lined. Too regularly are the inherent injustices meted-out by the extractive industries on communities, overshadowed in describing the cumulative impact of a changing climate. When the consequences have been playing out for so long, the relatively-sudden interest in their global significance sits jarringly with the historical and present-day realities lived by those who have been in the longest stand-offs with these destructive industries.

Our banner was a 10-metre red line, continuing the imagery used outside the Paris COP21 talks, highlighting the red lines that have been crossed by world leaders’ relative inaction in addressing the issue of our lifetimes. But countless red lines have already been crossed for those whose lives overlap with the lands where fossil fuels are being ruthlessly torn from. As the Wretched of the Earth, representing a range of Global South diaspora communities in London have repeatedly reminded the wider climate movement, Indigenous peoples and those from the Global South are ‘The first to die and the first to fight.’ It’s up to the rest of us to be the first to take their lead on issues that we are less-directly affected by. 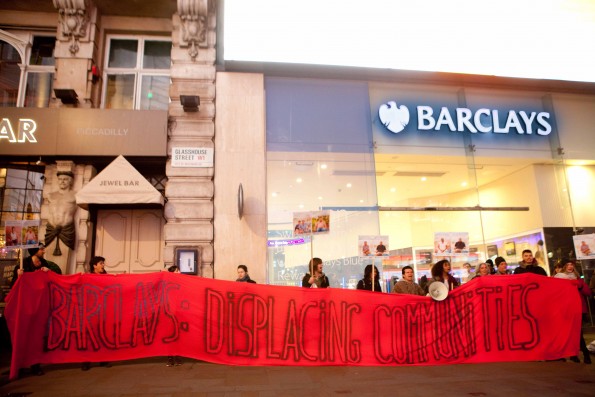 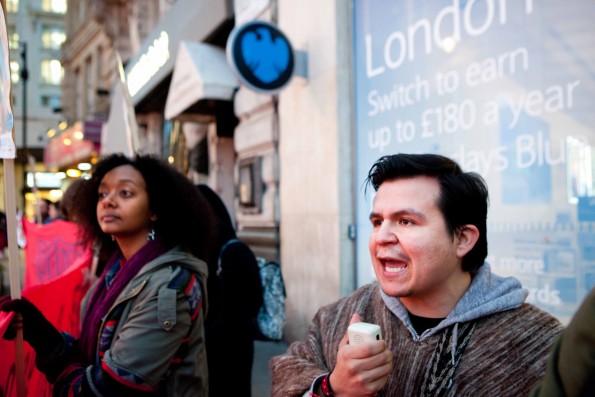 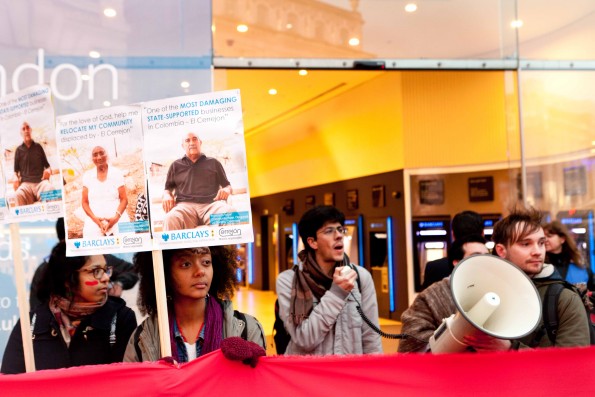 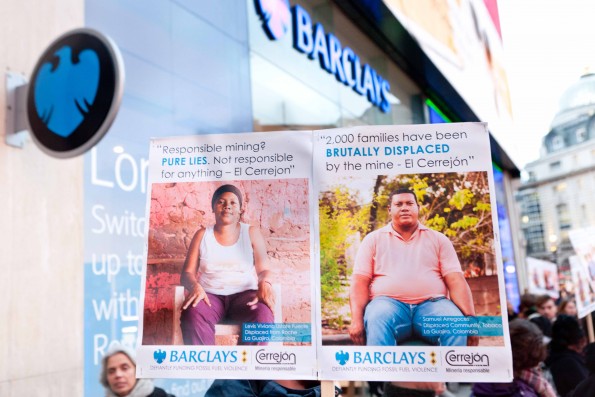 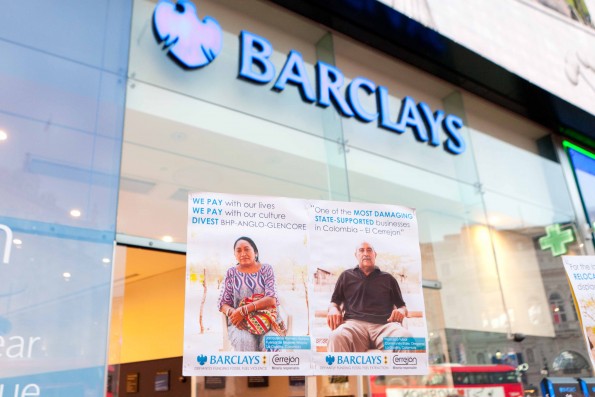 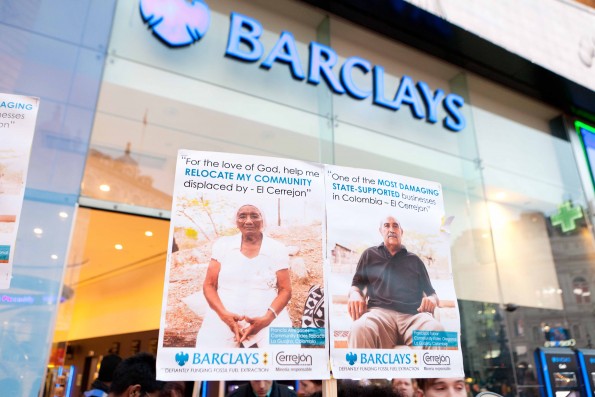 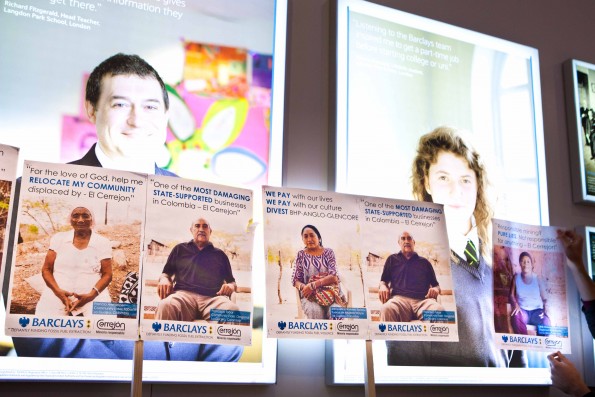 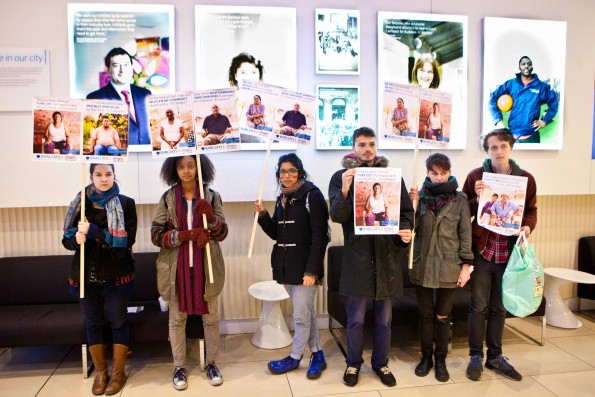