Coal mining in Colombia: Diversion of the Arroyo Bruno
and fulfilment of Constitutional Court Sentence SU-698 of 2017

We are writing to express our deep concern about the continuing attempts by the Cerrejón Coal Company and regulatory bodies of the Colombian government to undermine the rights – and ignore the wishes – of communities affected by the Cerrejón mine in La Guajira.

We would like to voice our support for the three Wayuu indigenous communities of La Gran Parada, Paradero and La Horqueta, who have taken legal action against the planned expansion of the mine into the natural course of the Arroyo Bruno (Bruno Stream) and who, along with many communities across the river basin, stand to be affected by the diversion.

The Arroyo Bruno is an important tributary of La Guajira’s one major river, the Rio Rancheria, and of great importance in this semi-arid area. The health of the river affects the function of the surrounding dry tropical forest, one of the most threatened ecosystems in Colombia.

These three communities are demanding the fulfilment of Colombian Constitutional Court Sentence SU-698 of 2017, which ordered community participation in decision-making processes about the diversion of the Arroyo Bruno. They are supported by three Colombian national organisations: lawyers’ collective CAJAR, environmental organisation CENSAT and human rights monitoring body CINEP.

We propose that there should be an international panel of observers to guarantee the rights of communities and their advisors to participate in the Inter-institutional Roundtable for the Arroyo Bruno. This panel would also raise concerns to the company and the competent authorities. It would help to ensure the inclusion of the communities by Cerrejón Coal and Colombian government regulatory bodies along with the appropriate space for them to express their wishes. Avi Chomsky of Salem State University in the USA, Stephan Suhner of ASK in Switzerland, and Louise Winstanley of ABColombia and Paul Dowling of Leigh Day and Co Solicitors in the UK have all indicated their willingness to be part of such a panel. Others are also considering it.

The Inter-institutional Roundtable was established as a result of the Constitutional Court sentence to protect the rights of the three claimant communities and clarify the uncertainties listed in the Court’s decision. A meeting of the Roundtable involving representatives of the communities, and the organisations advising and supporting them, was held on 5 and 6 June 2019, but it became clear that important decisions had been made in prior closed-door meetings between Cerrejón Coal and the Minister of the Environment. An account of the meeting can be found on the London Mining Network website at: https://bit.ly/2xvTCHZ.

The Constitutional Court sentence listed a number of issues which needed attention. One of them was the restoration of the Arroyo Bruno to its natural course, because the company had diverted it without sufficient consultation with affected communities. The company and regulatory bodies nonetheless took a decision not to restore the natural flow of the river. Clearly, this process contravenes the decision of the Constitutional Court, as it did not take into account the affected communities views, which was a requirement made in this decision by the Court. It is therefore essential to immediately revisit this decision with the claimant communities.

We support the demand of the affected communities and their allies in CAJAR, CENSAT and CINEP to be fully involved in the whole decision-making process. This is primarily a matter of the rights of indigenous and Afro-Colombian communities as enshrined in the Constitution and International Law (ILO169); but it has particular importance given the effect of the diversion on water scarcity in La Guajira and the impact of increased coal production on climate change – two further points raised by the Constitutional Court of Colombia, which need to be resolved before continuing with the planned diversion. In the light of the UK Parliament’s declaration of a Climate Emergency on 1 May, it seems all the more important to ensure that UK-listed companies behave in a manner which recognised the gravity of the crisis.

We call on you to ensure that Cerrejón Coal and the appropriate Colombian regulatory bodies involve the claimant communities and their advisors, supporters, and the international panel of observers fully in the decision-making processes regarding the Arroyo Bruno and to restore the river’s natural flow. 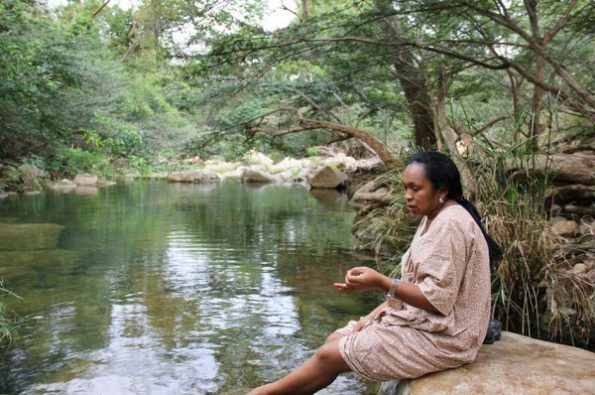