In the last five years Spain has seen a large increase of new open pit mining projects.  This acceleration has been justified by the need for minerals and scarce metals that are essential for technology and energy generation and storage. But this poses a risk to both the economy and the environment. In 2018 alone, there were more than 2000 mining applications filed. 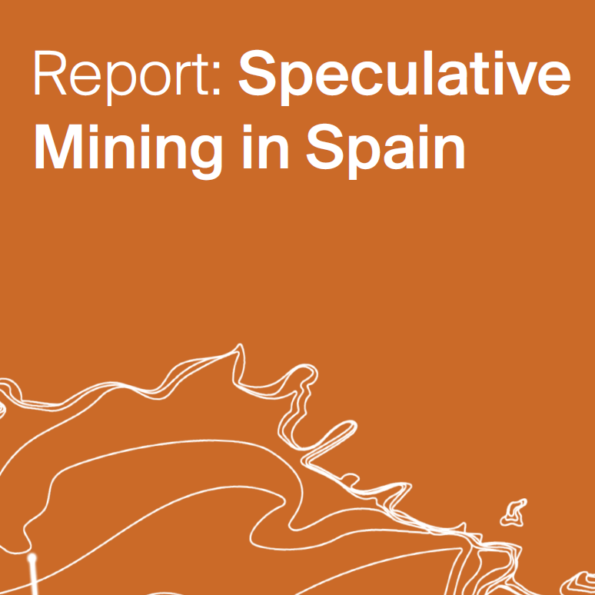 The report of Ecologistas en Accion’s Speculative mining in Spain’ shows that one of the main causes of the mining boom in Spain is practices focused on speculation and not on the production of these raw materials.  The study analyzes four mining companies that have found in Spain a new ‘frontier’ market, but that have mostly small capital and no previous mining experience, which is why they are called junior companies.

The report also analyzes the architectures designed to hide the multiple interests of these junior companies and identifies the political, academic and business actors involved in their structures.  By maximizing the benefits and minimizing the environmental and social impacts, the juniors use the mining projects, easily obtained in Spain, in the financial markets as capitalization instruments and rights buying and selling.

To this process of financial extraction, it must be added a process of extraction of public funds by these juniors that crystallizes in the subsidies received by the European Union and the autonomous governments in projects of mining innovation and employment generation.

Mining speculation is not something new. The novelty of this study is that it exposed the role of the EU and the Spanish Regional governments in this extraction process. The report concludes that it is those actors who are responsible for obtaining the social license necessary to tolerate the slow violence that constitutes the open-pit projects that result from this policy of obtaining mining permits, publicly presenting mining as something positive and hiding its socio-ecological impact.

As public concern over climate breakdown increases, now is the time for the EU to be taking the lead on a justice transition from mining projects, rather than supporting them. Resource extraction is responsible for a half of the world’s carbon emissions, according to a study by UN Environment.

Read LMN’s report A just(ice) transition is a post-extractive transition and our new summary report on Atalaya Mining’s risky mine waste dams, part of their RioTinto mine in Andalucia, Spain.