“On 25 January 2019 I lost my father and my friends. Many family members worked and work for mining companies. We have tried to make an inventory of our collective losses but nothing can measure our feelings and our suffering. Everywhere I go I carry with me 272 pictures of people who died at Brumadinho and their stories and suffering. 272 people represents one percent of the population, so everyone knows someone who was killed in the dam collapse. I see that the collapse of the dam is only a part of the damage mining is causing to our communities.” – Marcela Rodrigues, resident of Brumadinho, whose father died in Brazil’s Brumadinho dam collapse. 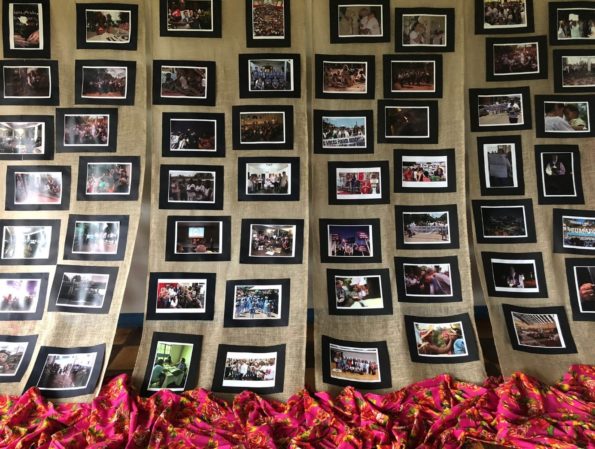 Credit: Archdiocese of Belo Horizonte. Photos of some of the 272 people who lost their lives

On 25th January 2019, near the Brazilian town of Brumadinho, in the state of Minas Gerais, a dam containing mining waste collapsed. A wave of toxic sludge – a mix of iron ore and chemicals – surged through the valley covering homes, farmland, rivers, livestock, and people, killing 272 people. Fourteen people are still missing.

An average of three mining waste dams (also called tailings dams) are reported to collapse every year worldwide, but the true figure is likely to be far higher. 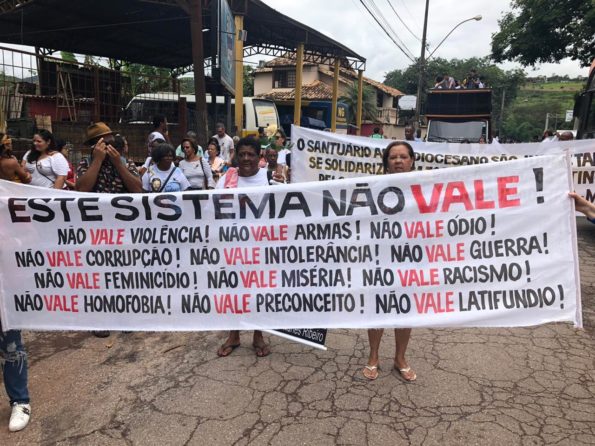 Credit: Archdiocese of Belo Horizonte. On a four-day march from Mariana to Brumadinho to mark the first anniversary

‘When my sister was missing, I searched everywhere’

Vigils and marches are being held across Brazil, Latin America and beyond to mark the first anniversary of the disaster, showing our solidarity with everyone affected and to hold those responsible to account.

In Brazil, communities walked from Mariana to Brumadinho to commemerate the first anniversary of the catastrophe. Mariana is a town 75 miles away from Brumadinho and the walk took four days. It is where another mining waste dam collapsed in November 2015. The Fundão iron ore mine and dam in Mariana town, also in the state of Minas Gerais, is operated by Samarco – a mining company jointly owned by Vale and by British-Australian mining giant BHP. Twenty people died in the disaster, in what was Brazil’s worst environmental tragedy to date.

A coalition of organisations attended a vigil outside the Embassy of Brazil, including London Mining Network, Brazilians for Democracy UK, Amnesty International UK and Global Justice Now. We read out the names of the 272 people who died, lit candles, heard from speakers, including members of Brumadinho town who talked about the devastating impact of the dam collapse on them personally and on their community. Julia Neiva from Business and Human Rights Brazil, who works closely with people affected by Brumadinho and Samarco, called for accountability from the Brazilian mining company Vale and from the Brazilian government, which is deregulating the mining industry, encouraging a culture of impunity.

‘Wasn’t Mariana enough? Why was it allowed to happen again?’ asked Amanda Andrade from Brumadinho town, whose sister died in the disaster. ‘When my sister was missing, I searched everywhere, praying to find her, to see her name on the lists of those who had been found’. Amanda also spoke of the collective trauma that her community was experiencing due to the collapse, but also as a result of how they had been treated by Vale in the months since. 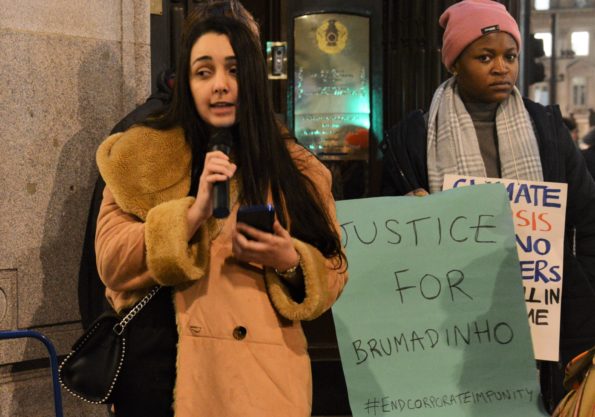 Credit: LMN. Amanda Andrade from Brumadinho speaking outside the Embassy of Brazil

Was the disaster an accident?

The mining company which owns the iron ore Córrego do Feijão mine and dam is a Brazilian corporation, Vale. Vale employees told the Guardian in July 2018 they warned the company that the dam was unstable and were ignored; six months later their fears were realised. Many of those killed were Vale workers.

Some local residents affected by the disaster call what happened a ‘corporate crime’ – they believe that Vale is directly responsible. Brazilian state prosecuters in Minas Gerais agree with them, charging 16 people on 21 January with murder and environmental crimes. Those charged include the former executive (CEO) of Vale, 10 Vale employees and five employees of German certifying company TÜV SÜD, which confirmed the safety of the dam structure.

“We said it would happen again, but nobody believed us. With everyone we talked to, we’ve been very clear: it will happen again. And Brumadinho won’t be the last. Because it’s in the companies’ interest. There’s a collapse and they repair the damage how they choose, to the value that they choose. It’s as if I killed someone and then decided on my own punishment. – Mônica dos Santos, resident of Mariana, whose sister died in Brazil’s Samarco dam collapse. 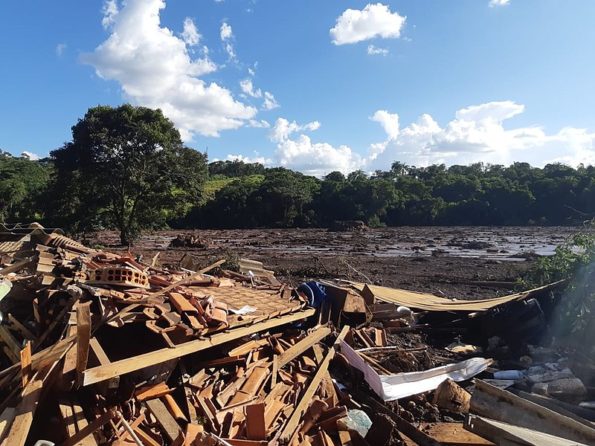 What has London got to do with it?

Vale mining company isn’t listed on the London Stock Exchange, but it does have links with the city because some of its former and current shareholders are based in the UK.

In the aftermath of Brumadinho, some major mining industry investors, such as the Church of England pensions board, disinvested from Vale and began asking mining companies around the world about the safety of their mining waste dams. They have produced a document called the Investor Mining and Tailings Safety Initiative but it has limitations because it relies on the companies self-reporting.

Meanwhile, the International Council on Mining and Metals (ICMM) – a powerful industry lobby – formed an ‘independent’ committee to set global standards for tailings dams. Committee members include large British-linked mining companies such as Glencore and BHP, indicating a clear conflict of interest.

It has taken this second disaster in Brazil for investors and the ICMM to take action, and many British shareholders that have disinvested from Vale still invest in BHP. 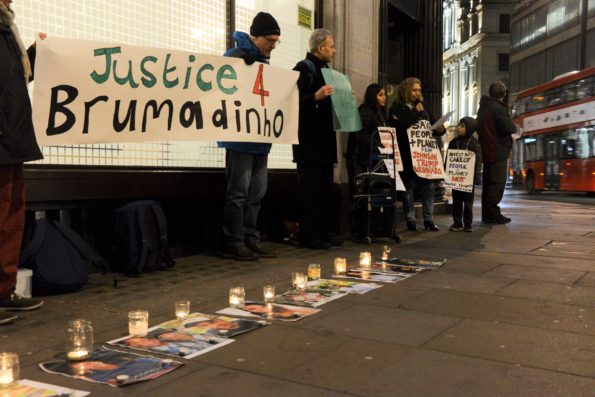 Credit: LMN. Outside the Brazil Embassy.

One year ago, a dam burst in #Brumadinho #Brazil: 272 people were killed, the environment was destroyed. Mine operator @Valeglobal & certifier @TUVSUD deny their share of responsibility. We show our solidarity with those affected and demand #Justice4Brumadinho.

Read more about the work we’re doing in solidarity with communities in Brumadinho and Mariana affected by the dam disasters. Follow @londonmining and get in touch at contact@londonminingnetwork.org if you’d like to get involved in our work.