Four environmental human rights defenders are travelling from Latin America to the UK for Unmasking BHP – a week of arts, protest and discussion to mobilize around the London-listed mining company’s annual shareholders’ meeting.

Between 14-22 October we will challenge the largest mining company in the world, BHP, over its neo-colonial practices of extracting metals and fossil fuels in the Global South to maximise their profits, while devastating the lives and the land of those affected.

The defenders are from three of the 13 countries that the London-listed multinational operates in: Brazil, Chile and Colombia. 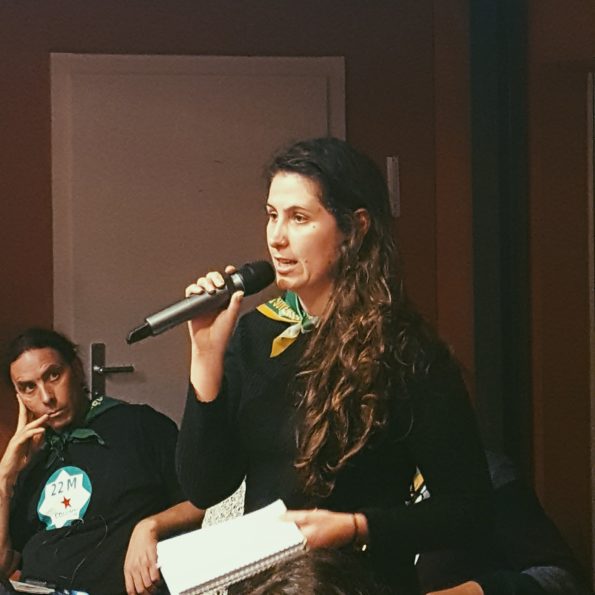 TCHENNA FERNANDES MASO (right) is a community lawyer from Mariana, and member of the coordination of Movement of People Affected by Dams (MAB). MAB organises with communities affected by dams in Brazil, including tailings (mine waste) dams failures, and displacement caused by hydroelectric dams. MAB is an active and representative social movement in Brazil for the victims of two catastrophic tailings dam disasters: Brumadinho (a tailing dam disaster that killed 300 people in January this year) and Samarco. Tchenna works with affected populations, especially women, for the recognition of their rights in cases like Belo Monte, Samarco and Brumadinho.

Samarco is a mining company jointly owned by BHP and Brazilian mining giant Vale. The company runs a mining operation by the same name in Mariana, a town in the Brazilian state of Minas Gerais. A catastrophic collapse of Samarco’s tailings (mine waste) dam in 2015 killed 19 people and contaminated 600km of the Rio Doce, affecting over a million people’s livelihoods, homes and communities and causing Brazil’s worst environmental disaster to date.

MAB calls what happened  the ‘crime of Samarco’ and provides critical training to communities in the basin of the Rio Doce about their rights and how to achieve justice.

Following the crime of Brumadinho, Vale has passed on the responsibility of overseeing the reparation process for the victims of Samarco to BHP because of a lack of capacity. BHP’s lawyers have therefore taken on this role but are reputedly being aggressive in their stance towards the technical assessments that will determine the overall impact of the disaster.  BHP argue these aren’t necessary. Due to BHP’s relatively small presence in Brazil compared to Vale, a well-known company, it has been difficult to get BHP to listen to the demands of communities.

Tchenna says: “BHP’s actions in the territories affected by the collapse of the Samarco tailings dam, of which it is a joint owner, have transformed human rights violations into a major business with the creation of the Renova Foundation [an organisation created by the companies mandated to implement and manage repair programmes in the aftermath of the Fundão dam collapse which has distorted the process, dividing communities by quantifying harms and commodifying the suffering of communities]. Thus, what should be an exemplary integral reparation in view of the seriousness of the contamination and environmental destruction, is permeated by the economic interests of the corporation and its shareholders to the detriment of the enforcement of the rights of the affected people.”

MAB has been at the receiving end of Brazilian president Bolsonaro’s attacks against social movements. As a grassroots movement made up of affected communities, including indigenous communities, Afro-Brazilian communities and agricultural workers, Bolsonaro’s inflammatory comments target these very communities, leading to heightened risk through threats, attacks, intimidation and even assassinations. Bolsanaro’s aim to ‘open up the Amazon’ in a violent expansion of agribusiness and mining is not only leading to deforestation, it is also having a massive impact on the Amazon’s rivers which are being damned to provide energy for mega-projects.

Tchenna says: “The situation in Brazil is deplorable for attacks by a facist government on social rights. This has impacted communities affected by dams by intensifying social and environmental conflicts, the precariousness of social rights, the violation of human rights, and the increase in violence and criminalization against popular movements. In this sense, the Amazon issue is emblematic of the fallacy of a government’s management.”

The demands that MAB makes of BHP are: 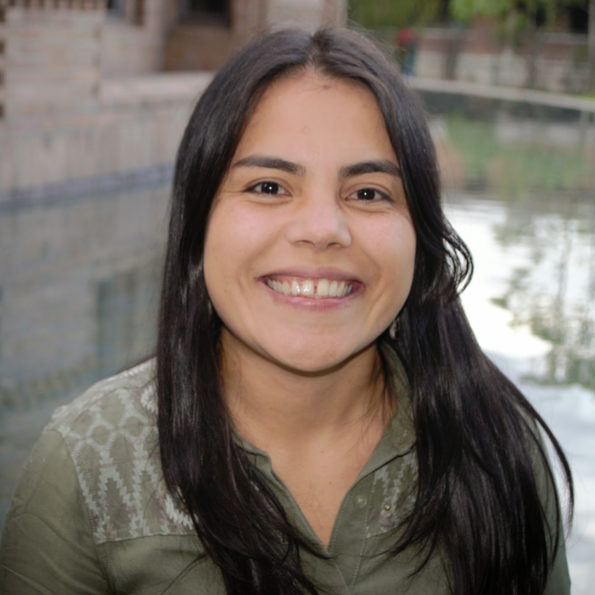 CATALINA CARO GALVIS (right) is from Bogota, Colombia and works for CENSAT, an organisation that supports communities in La Guajira, northern Colombia, affected by Cerrejón opencast coal mine. CENSAT also works with SINTRACARBON, the mineworkers union at Cerrejón. Catalina has a remit to represent communities affected by this mine.

ALVARO IPUANA (below) is the highest indigenous authority in his community of Nuevo Espinal. In La Guajira, Nuevo Espinal is one of many communities forcibly displaced by the giant open-pit Cerrejón coal mine.

Alvaro says: “ I want to take the voice of the Wayuu communities, which have suffered damages for mining development to the BHP AGM. These communities have suffered environmental effects, in our water, and on food security. We

are at risk, our own lives and the health of this population. And we want to make it known to international organizations so that they know that these minerals leave our territory stained with our blood.”

Cerrejón is a company jointly owned by London-listed mining giants BHP, Anglo American, and Glencore. The company operates a mine by the same name in La Guajira, a town in northern Colombia, in Wayúu indigenous and Afro-descendant territory. Cerrejón is Latin American’s largest open-cast coal operation. Communities have been evicted to make way for the mine and the vital water source, the Arroyo Bruno, has been diverted to make way for the mine’s expansion.

Colombia’s fragile peace process is under attack by the right-wing government of Ivan Duque. The crisis facing human rights defenders following the signing of the peace agreement is just one of the impacts related to how different economic and political powers are attempting to gain control of resource-rich territories. Meanwhile, the Colombian government has failed to adequately compensate any of the affected communities, and many community leaders face threats and violence for the work they do to uphold and protect their rights, access to clean water, air and land.

Demands that Cerrejon-affected communities make to BHP as a joint owner of Cerrejon coal mine: 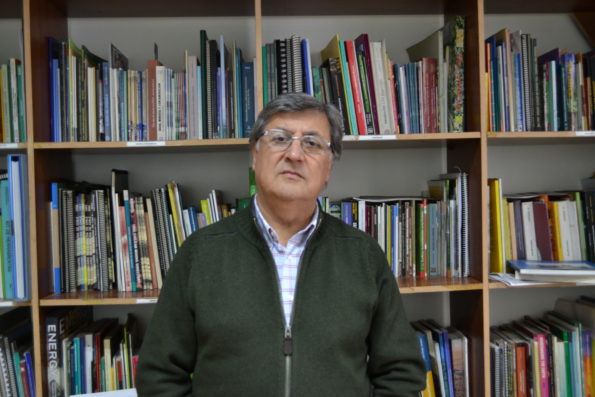 LUCIO CUENCA (left) is representing the Latin American Observatory of Environmental Conflicts (OLCA) and OCMAL, a network of over 40 community-based organisations and NGOs, where he advises mining-affected communities in Latin America about the best ways to mitigate the impacts of the global mining industry. Lucio will speak out about the behaviour and impacts of BHP across the region, and in Chile. OLCA supports directly affected communities in the Atacama desert by Escondida, northern Chile, and he also has a mandate to voice their concerns and demands.

Lucio says: “[A] worrying trend is emerging as British interest in Latin American copper deposits is on the rise: the greenwashing of new copper projects. Companies like BHP and Anglo American are claiming that their mines will be key contributors to the renewable energy transition by supplying copper for electric vehicles, wind turbines and solar panels.

“These claims are deceptively simplistic, the reality is that infrastructure and construction materials are projected to remain the primary drivers of copper demand throughout this century, not renewable energy technologies. This greenwashing narrative also poses a new threat to mining-affected communities as mining companies introduce a false sense of conflict between the defence of local territories and the material demands of the transition away from fossil fuels.”

BHP’s three mining projects in Chile account for 5.9 percent of copper in the world, but the importance of these operations contrasts with the negative social, cultural and environmental consequences.

The Salar de Atacama and Punta Negra (salt flat and high-Andean wetlands) are two ecosystems located in the middle of the driest desert in the world. Over-exploitation of water and pollution caused by Minera Escondida, BHP’s biggest mining project in the country and the highest producing copper mine in the world, has seriously destroyed these ecosystems. The mine also has a negative impact on the livelihoods of indigenous communities Atacameñas and Licanantay, especially the Peine community, the nearest location to where the company draws water.

BHP violates the human rights of indigenous communities and affects the right to determine their lifestyles, by destroying their lands and water sources. It violates the right of communities to access information, instead hiding relevant data about the impact of ecosystems and water. The corporation also does not respect the rights of workers because of its anti-union practices.

The Chilean government owes a historical debt around the protection of rights and environmental justice. Inequalities have only deepened since, resources are being exploited with weak or no regulation, contaminating territories and violating the rights of communities. This now translates into so-called “sacrifice zones” where the air is contaminated by the extractive industries implanted in the regions, causing a health hazard.

At the UN Climate Action Summit in New York on 23 September, Chilean president Sebastián Piñera was awarded the “Global Citizen Award” for “his innovative leadership to address climate change”. The reality in Chile is different. Every day the government continues to send the country’s Congress legal initiatives which favour the economic interest of these extractive companies.

While Piñera refuses to sign the Escazú Agreement, which could give the Chilean people guarantees and a commitment to sustainable development and environmental justice, he is pushing for the approval of the Trans-Pacific Economic Cooperation Agreement (TPP), which gives companies the right to attack national political international courts that go against their economic interests.

Ahead of December’s COP25 which will be held in Chile, social movements, communities and organizations have been protesting, denouncing violence and demanding fair and sustainable development.