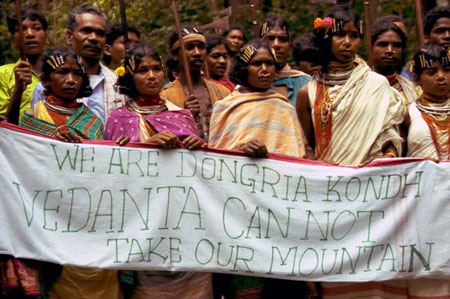 Vedanta Resources plc is a global diversified metals and mining company headquartered in London. It is the largest mining and non-ferrous metals company in India and also has mining operations in Australia and Zambia. Its main products are copper, zinc, aluminium, lead and iron ore.

It voluntarily delisted from the London Stock Exchange in October 2018, months after the massacre of 13 people who were protesting outside a copper smelting plant in Tamil Nadu, India in May 2018. The plant closed permanently days after the massacre – after two decades of protests by local people suffering health problems due to pollution from the plant.